Science Suggests You Have Sugar Daddy 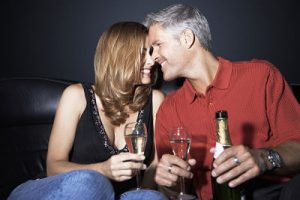 The Sugar Daddy / Sugar Baby Phenomenon Could Have a Scientific Explanation

When it comes to choosing a romantic partner, there are a series of reasons that lead us to choose from one to another person, this time, we want to understand a little more about the reasons that give rise to relationships between the extremely popular Sugar Daddies and Sugar Babies.

Why is there a vast majority of older men who prefer younger girls? Why are there young girls who prefer men older than them? Well, let's see if there is any science behind these choices.

On the male side, after a search on the subject, we came across different studies in which they found the same constant: men prefer younger women since they are more fertile, and thus it is possible to preserve the species, it sounds very primitive! true? Let's not forget that, after all, we are beings dominated by primitive nature in many ways, regardless of the urbanization that surrounds us, of course, you don’t tell your brain: we are going to select the youngest girl to preserve the species -uh ha uh ha-. No! This behavior comes by instinct.

We see that biology does play an important role in making men feel inclined towards younger women, who unconsciously select the “female” who promises to be more “useful” for procreation, and by doing so his genes will reproduce, once again, the survival of the fittest (nature never ceases to amaze). According to men, the age range they prefer when choosing their girls is from 21 to 25 years old, of course, there’s variants, but this is their favorite age range, it doesn’t matter how old the men are, but they believe that women in that age range are not too mature or too immature, they find them to be in a neutral state of mind, and to some point, they are more open minded to experiment new things without the buts, and they are looking for fun, overall.

Why Are There Younger Girls Who Prefer Older Men Than Them?

On the other hand, we found that according to different studies, some women prefer men around their same age range but for the most part, they prefer older men, because they find mental equality, it is well known that the female brain has a greater reorganization of neural connections than the male brain, therefore, they feel at the same emotional and mental level as an older man, (but that explanation can be given in another article).

Now, another curious fact that we found was that according to a particular study, carried out by a group of biologists at McMaster University, men are the cause of menopause, yes, yes, as you read it! Well, according to this study, it is explained that menopause is a natural consequence given by the scarcity of the choice of men towards older women, from the age of 45, which is when this hormonal change normally begins in women ; In other words, in the evolutionary process that we continue to carry out, the one that never stops, the female body has understood that the fertile time ends at 45 years of age; This is just a theory, it should be clarified, but it does not sound so illogical after all.

So what we have is that science can explain the reason that gives rise to the phenomenon of Sugar Baby and Sugar Daddy, since men want young girls because they unconsciously see in them the potential of life, fertility in other words and that is attractive for the primitive man who is hidden under an elegant suit; And that women prefer older men because they identify with mental maturity, rather than boys their age who may well pass for 15-year-old’s due to their immaturity, and this is definitely not attractive to any woman, as if they were babysitters!

Of course, these scientific explanations are not entirely conclusive, but they are close to reality, and they try to give us a broad panorama to help us understand, on a scientific basis, our behavior at the time of romance, (something that nobody escapes from).

After what has been mentioned, let's leave the formalities that science encompasses, and move on to what our own experience and common sense dictate in this area.

We Set Out to Question 50 Mature Men and Our Conclusions Were As Follows: 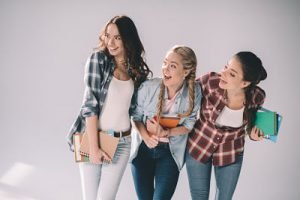 - A young woman is full of energy and vitality, they believe that they are more willing to do new things, they are in a better mood for jokes and leisure, they do not occupy their thoughts with worries and are focused on the moment without ruining it, they simply make them feel like youngsters and with this they manage to forget, for a vague moment, their reality and it is something they enjoy, almost addictively.

- According to them, most girls don’t take this type of relationship very seriously, and that makes things easier for them, because ultimately, they do not seek commitments, and they feel that they are in tune, they both know what they want in this matter, just fun and to spend memorable moments, but without having something serious, beyond the ties of a formal relationship, in which more people are involved, instead, they can take these encounters lightly, both parties take advantage and done! Be careful here, by this they do not mean that they do not take a girl seriously, rather, they believe that they are mature enough to live a sporadic relationship, happily, without pretending anything more than that.

- They are easy to please, because they have less experience in every way, to a certain extent they are sometimes easy to impress, and that pleases them, it still makes them feel “powerful”, on the contrary they don’t get the same effect with mature women, as they are not as easily impressed as a young girl, a situation that makes the task of pleasing them more difficult, something that causes them a little more stress and this is something they avoid without thinking it twice.

- The charismatic attitude of the jovial girls and the adrenaline they constantly experience after each encounter makes them feel vigorous and plays an important role in a men’s ego.

- It seems that younger girls accept their role as "Sugar Babies" very well, who do not demand more than their Sugar Daddies can give, and this makes them somewhat calm, in the sense that, if they are married or have a very “respectable” life’s to the eyes of all, they can maintain their identity as a “good Samaritan” without complications, the status of the casual relationship in anonymity is a plus for young girls, since most of them know how to behave on the sidelines, even if hard to believe, it is so.

Reasons abound, but the above were the most prominent.

Why do Girls Prefer Older Men? We Interviewed the Same Number of Women and Our Conclusions Were the Following: 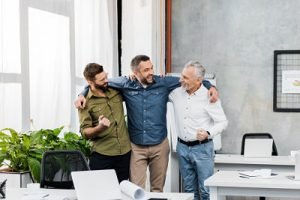 - According to them, older men are more mature, so they feel better understood and therefore they feel like they can talk about any subject and be considered when they give their opinion; They also find that acclaimed maturity to be appealing, which has an almost immediate crush effect, according to most girls.

- Economic stability plays an important role, normally older people have the independence and economic facilities to buy everything they want, to travel when they please and to do many things with the freedom of not having to worry about money, which is obviously why, girls look for a Sugar Daddy, so he can provide all the facilities that only money can give. And curiously, the fact that they don’t have to worry about how much they spend, their only concern is to have fun, and in addition the security that comes to the girl that enjoys these benefits, the boost of self-confidence is priceless.

- From an older man they can learn the basic things, that can later serve them in daily life, they also get the opportunity to know the world outside, and even have the benefit of being around influent people, for example, they can help you get a job because they know an important person. Mature men are influent and wealthy, not all of them of course, but at least the Sugar Daddies that our girls have their eyes on, they are, and that is overly exciting to them, Good Word, which takes us to the next part, (the funniest on the list).

- Sex is so much better! 80% of the women surveyed, revealed that they prefer to share their sexuality with mature men, because they know most when it comes to pleasing a woman under the covers, they are not as self-conscious as with a boy their age or younger, they have more experience, without a doubt, and that makes them feel like they play in the major leagues.

The other minority of girls prefer young people because they feel less intimidated than with a person who is well experienced, they also mentioned, that in their experiences, the older men with whom they had shared the bed were selfish and only sought their own satisfaction, they made them feel “Used”, I am sorry for them, they don’t know there is another side to the coin!

I Apologize if I Have Offended Any Feminists, But We Are Here For Fun and We Don't Want to Be "Rescued" From the "Patriarchy" As We Love It!

You surely already knew some of the aforementioned data, and some you did not, just like us, and we wanted to verify by means of an express poll and we found that indeed, some of the “myths” are true; Women almost always, not all, look for a masculine protection figure and feel very comfortable with it, they allow themselves to be pampered and enjoy the advantages that an older man brings with him, they do not feel the need to compete or disprove the fact that “women are the weaker sex”, rather, that term has been eradicated for a long time, no matter how scandalously feminism is talked about today, girls show that women can also use their strength to achieve what they want and that it does not represent weakness, but cunning and simple and mere, fun

I emphasize that not everyone thinks alike, thoughts vary a lot in each one, but the coincidences in certain aspects, which can be calculated in a handful of people and conclude that the trend is to this or that side. If you have already been a participant in the Sugar World, you possibly felt identified with the above, and in that case, we would love to know your experience. But if you haven't had a relationship like this yet, try it out! You don't lose anything, I bet you will get more than you bargained for.

If you enjoyed this read, you might also find this interesting: WHAT SUGAR BABIES ARE LOOKING FOR?