How To Be A Successful Sugar Baby And Not Die Trying 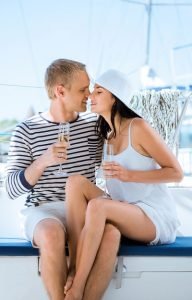 Hello babies, my name is Ximena I am 22 years old I live in the city of Puebla and I began to be a Sugar Baby in 2016 after hearing different jokes and stories around the term "Sugar Daddy" curiosity led me to do a search in internet and I found it to be quite a tempting way of relating (rich men to attractive young girls in a relationship that promised both parties would win) it was definitely something I had to try.

It didn't take long to create a profile on a dedicated website to this and once my profile was approved it was a matter of 2 or 3 days for I already had several messages from men who were interested in being my "Sugar Daddy" I can’t deny that although I liked the idea, I was also a bit afraid, you know there’s always the possibility of it being a scam.

As I was talking to the daddies and we were trying to come to an agreement, I realized that the best thing I could do would be to state what I was looking for yes, but not rush to accept a deal without meeting the person face to face, you know it’s never the same when you talk to a person behind a screen and the chemistry between us was important to me.

I wasn’t only after the money and gifts that my Sugar Daddy could offer me, I also wanted to spend time with a person that I liked.

There was a man named Julio who passed all my filters hahaha yes I think creating filters is always important, mine really weren’t out of this world, I just made sure the profile looked as real as possible.

I ensured that they had at least 1 photograph of their face and that we could hold a good conversation and Julio complied with everything, he was a 42-year-old man, very funny and respectful when talking to me and he looked quite handsome, it was almost difficult for me to believe that he was there since at that time I was still thinking that Sugar Daddies were all old or ungraceful gentlemen but with a large bank account.

Julio offered me to go out for a coffee or to eat some afternoon to find out if we could reach an agreement, he told me that he didn’t live in the city of Puebla that he lived in Mexico City but that he would come here to meet me (it’s approximately a 2-hour drive) we agreed on this on a Wednesday and our date would be on Friday afternoon.

Up to this point I hadn't told anyone about it, but since I was going on my first date with someone, I decided to tell a friend from college, I did this as a bit of protection so that someone would know my location in case something bad happened, I was sure I wanted to do this, but I'm usually quite cautious.

The expected day arrived and I began to get a nervous wreck as I was getting ready, I wore a very nice black dress, red heels and discreet makeup I wanted to look very attractive but I was careful to not look like a prostitute and I know that for many people the term "Sugar Baby" is a nice way to call these, for me and from my point of view they are different things (at least I and the girls I know who practice it have never felt like prostitutes).

I stayed in communication with Julio as well as with my friend Lucia, although she seemed to be more scared than me and that made me more nervous, I felt comfortable to think that we were in my city which I know quite well and that it was I who had chosen the place of our meeting.

Our date was in an Italian restaurant located in the Zócalo of the city, when I arrived Julio was already there, when I saw him, I realized that his photos were authentic and that he truly was a quite handsome man with a lot of class, I was delighted to be there!

Thank God he also found me attractive since he didn’t stop complimenting me on how good I looked, the chemistry we had through chat was the same that we had when we were face to face, we talked about everything, about his life about mine.

Of how it was that each of us had come to the website and we also asked if we had already had an experience in this before to which I replied that I had just discovered the site and that it was my first date, he already had some experiences in this and of course it was to be expected. 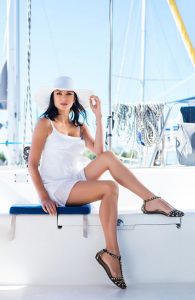 He told me that he was single, he was an engineer and he had several businesses which consumed most of his time, that he had come to the page on the recommendation of a friend and that he found it quite useful since it allowed him to meet beautiful girls with whom he enjoyed having pleasant moments but without this intervening in the time he would dedicate to his work, he liked girls who were very young but had goals in life.

He didn’t like the one’s who sat around all day, without a life of their own and who were after him all the time, he also emphasized that he needed a girl who understood that they would see each other very little but that he would make up for his absence very well, after saying this he asked me to explain what I was looking for and wow at first it was not easy.

I have to admit it was a bit difficult for me to express my wishes in such a crude way, Julio noticed it and advised me that the best thing I could do was lose my shame and that I should be as clear as possible when I expressed what I wanted to receive, otherwise I would most likely feel a little used since I would never receive what I expected.

I’ve always been open minded and I left the distress the moment I realized that it would serve me no good but the contrary, it would deprive me of having incredible experiences, I felt very comfortable with him so following his advice I left the shame aside and I began to express what I needed.

This was basically being able to access a lifestyle that obviously at that time I could not afford, I wanted to go shopping, see new places and be able to spend my money without having to give explanations to nobody yes!

That’s what I wanted in 2016 and I got it, Julio and I had an agreement that met the requests of both, an agreement that allowed me to leave my city and see incredible places, go shopping without worrying much about the price tags of the things I wanted and he got a "girlfriend" who patiently waited for his arrival, one who was not bothered when he didn’t answer the messages quickly or because they did not meet often and when they met did no more than enjoy his company.

We both got what we were looking for, we kept our agreement for almost 2 years until the flame of passion went out and we decided it was over, we left it at that, without drama and without grudges, today we greet each other or talk from time to time beyond Sugar Daddy - Sugar Baby we became friends.

During the time I was with him I did not go out with anyone else since that was also part of the deal, but once everything was over, I knew that I didn’t want a common relationship I wanted to find a new Sugar Daddy, I activated my account that I had canceled but hadn't completely eliminated - they were happy I was back!

And I did it because I did not stay with the men to whom I proposed my deal to and they refused, I kept looking until I found someone who would enjoy helping their baby meet their goals, I currently have a business in which we make personalized travel products and not only do I benefit from this, but also the Mexican artisans who work with me.

I am proof that this style of relationships WORKS and it works for what you want, it depends on each Sugar Baby how much they benefit from this.

If you enjoyed this read, you might also find this interesting: WHERE TO FIND THE PERFECT SUGAR BABY